No one hates media whores more than I do. However, I kind of fell in love with a media whore named Michael Kelly several years ago.

Stop the Press! On February 27, 2021, I typed “media whore” into Google. I wasn’t surprised to get over half a million hits. What did surprise me was the very first one. It was a link to this very article, which I wrote just a couple weeks previously! When I checked back later the same day, my top billing had vanished. Apparently, the Jews are jealous of my success.

Kelly worked for some of the biggest names in the business. He was a journalist for The New York Times, a columnist for The Washington Post and The New Yorker, and a magazine editor for The New Republic, National Journal and The Atlantic. 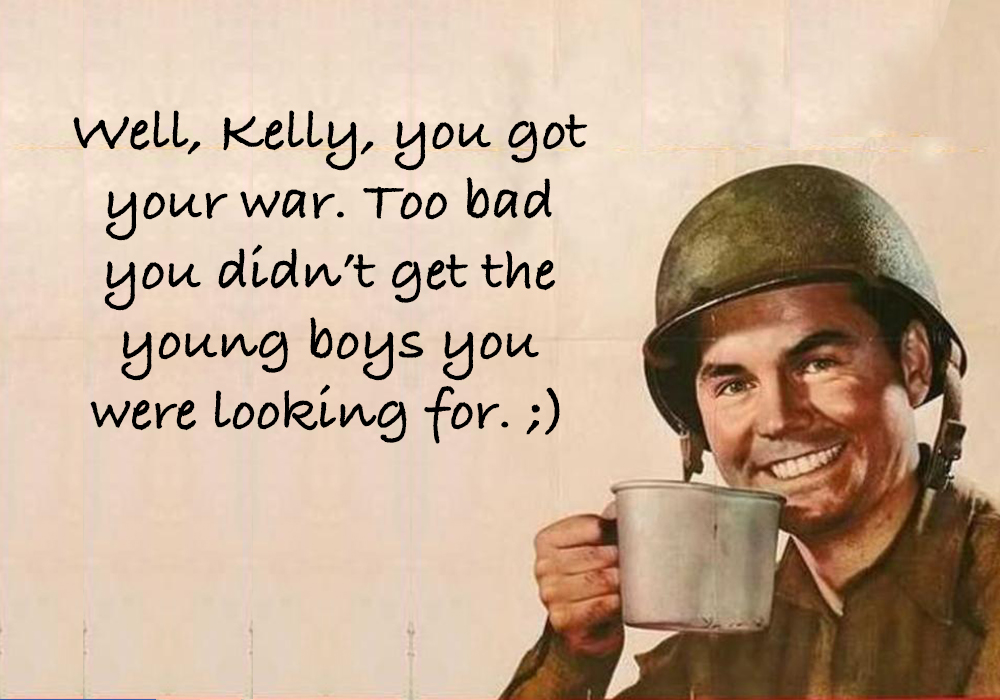 Hardly a loner, Kelly surrounded himself with media whores. His parents—Thomas Vincent Kelly and Marguerite (Lelong) Kelly—were media whores. His future wife, Madelyn Greenberg, was a producer at CNN and CBS News before she and Michael were assigned to cover the Gulf War. After they married, do you suppose they honeymooned near some school or hospital that was blown up by U.S. storm troopers?

While serving as senior editor at The New Republic, Kelly’s reputation was torpedoed by the Stephen Glass scandal. Stephen Randall Glass was a journalist working for The New Republic when it was discovered that the majority of stories he wrote either contained false information or were entirely fictional. Kelly arrogantly defended Glass, even though Glass admitted his wrongdoing, which got him fired. The scandal was the subject of a 2003 film, Shattered Glass, in which Kelly was played by a Jew, Hank Azaria.

Kelly was one of about six hundred media whores who got to see the fruits of their yellow journalism as “embedded reporters” during the 2003 invasion of Iraq. During the invasion, Kelly was traveling in a Humvee when it was fired on by Iraqi freedom fighters. The vehicle veered off an embankment into a canal, killing Kelly and Staff Sergeant Wilbert Davis. Thus, Kelly had the distinction of being the first media whore officially killed in action in Iraq.

In the middle of a desert nation, Michael Kelly drowned like a rat inside some two and a half tons of the world’s finest military equipment. LOL!

The Jewish media whore Ted Koppel was assigned to the same unit. Wouldn’t it have been cool if his remains had been found intertwined with Kelly’s?

On a weirder note, Kelly’s widow co-authored a book titled A Parent’s Guide to Raising Grieving Children: Rebuilding Your Family after the Death of a Loved One. Do you suppose she got the book translated into Arabic and gave away free copies in Iraq where there were reportedly a lot of grieving children? Nah!

In “A Stupid Death in a Stupid War: Remembering Michael Kelly” Tom Scocca wrote that Kelly shared with Andrew Sullivan—the media whore who had originally hired Stephen Glass—“the distinction of an active role in two of the worst failures of journalism in a generation” (The Stephen Glass scandal and the invasion of Iraq).

In the meantime, Scocca summed it up quite nicely:

“It’s not simply that Kelly was wrong, nor that he was wrong about important things. It’s that he was aggressively, manipulatively, and smugly wrong.”

“Smug” might be a little too mild. In one of his books about his great war adventures, Kelly wrote about a woman who was sitting by herself, holding a baby on her lap as she wept. A reporter who witnessed it told the world that she was crying for joy at having escaped from Iraq. In fact, she was crying because her baby was dead. Maybe the child was killed by the American Sniper himself. Who knows?

Yet, reality be damned, Kelly remained a loyal war whore (and maybe a closet pedophile) to the end. Members of his fan club probably fantasize about him having an orgasm as he was drowning in that high-tech Humvee. I prefer to picture him crying like a frightened baby, wishing he had gone in search of young boys in safer realms.

Still, Kelly’s fan club may have the last word, supported as it is by an army of Jewish media whores. The Michael Kelly Award for journalism was established in Kelly’s honor, and a scholarship honoring him was established at his alma mater, the University of New Hampshire.

When I discovered some trailer park trash praising Kelly on Twitter, I weighed in on the side of Iraq’s war orphans—and promptly got banned. Not long after that, I was temporarily banned from StackExchange after I exchanged words with some Jewish high school twit who had a hard-on for Kelly. You can see a copy of the deleted discussion here.

P.S. If you’re ever in Cambridge, Massachusetts, and you have a sudden urge to go to the bathroom, Kelly is buried at the Mt. Auburn Cemetery.